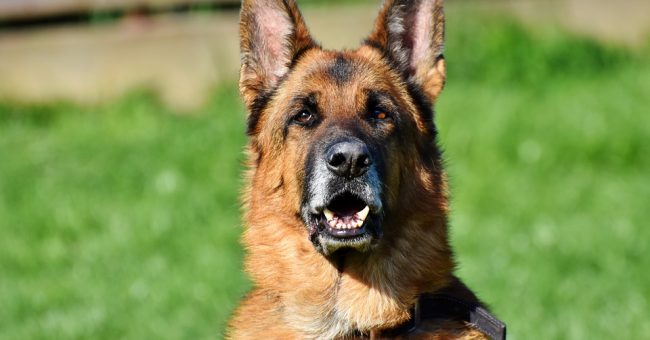 In fairy tales, myths, legends and real stories, the wolf is often the embodiment of evil. He has done a lot of bad things to people, brought a lot of trouble, fear and suffering. But there is another side of the coin. After all, it is thanks to the wolf that man has a dog: reliable and loyal, not like the gray predator. The appearances of many breeds of dogs is still clearly express wolf features, the German shepherd is a bright representative. But the Germans have completely lost their spirit of freedom, they are no longer free birds, such as the Husky. The German shepherd needs a man, a master, a comrade, and, thanks to their character, today they are one of the most loyal dogs.

History of the breed

Breeding was started by Max Friedrich von Stefanitz from Germany. His interest was directed to the intellect, character and behavior of the dog, he sought to bring out a clever, intelligent, responsible and reliable breed. It can be said that he succeeded. According to Stefanitz, any dog in Germany that had a certain set of qualities could be called the German shepherd.

In 1899, the breeder von Stefanitz and his assistant presented the first standard of the breed. Prior to that, several dogs had participated in exhibitions and were successful. Stefanitz wanted to get a good shepherd’s dog, and brought out almost a genius: balanced, comprehensible, brave and many more – actually listing all the strong qualities of the breed can take long time.

And if before the German shepherds were used only as shepherds, soon enough they proved themselves to be brilliant in lots of different areas. German shepherds are considered to be the best service dogs, security dogs, they carry out activities in various spheres of life, take part in hostilities. The Second World War almost destroyed the breed, by the end of 1946 there were very few of them left. German shepherds were almost on the verge of extinction, but the breed managed to revive. The division of Germany contributed to the different development of the breed and the formation of individual species.

It is believed that the ancestors of German shepherds are Asian and northern wolves.

German shepherd and collie are close relatives, and one line was used to breed these breeds.

The first mention of the ancestors of the German shepherd dates back to the 7th century, but the dogs of that time have little in common with the current German shepherds.

The very first German shepherd is the dog Greif. It was grey-white and represented by Max Friedrichfon Stefanitz at the exhibition in 1882.

The German shepherd is one of the world’s top three smartest dogs.

It is the world’s most popular breed of service and sports dogs.

The dog from the known cartoon “Volt” is a German shepherd, more precisely a white German shepherd, a very rare variety. Forty years ago, this color was considered a defect, and today these dogs are fully involved in exhibitions.

German shepherds are often attributed to “human” qualities. For example, these dogs can be compassionate and sorry. Once in a Chinese zoo, a tiger fell ill after childbirth and the tigers were alone. The s German shepherd “adopted” them and looked after them like their puppies.

It is believed that the breed is gradually degenerating, its physical qualities are deteriorating. As an example, in the middle of the last century the dog took the height of 3-4 meters freely, and now, because of too low cereal, its limit is 2-2.5 meters, which undoubtedly has a negative impact on its service and security qualities.