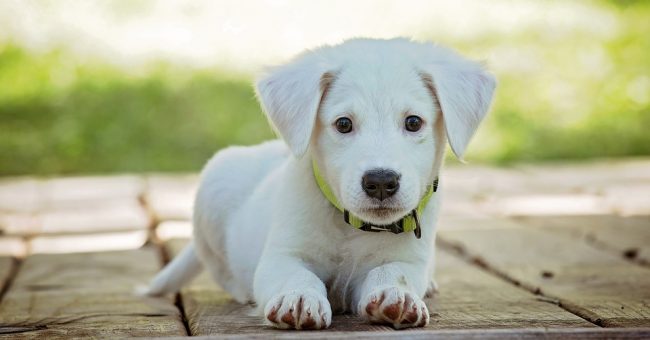 How to Choose Puppy

It is better to buy puppies from producers who have passed the official selection for breeding use in our country or abroad and have the relevant documents to prove it. It gives a high degree of guarantee of absence of hereditary physical defects (hip dysplasia, inferiority of teeth, cryptorchidism, etc.), and also deviations in mentality. If you want to buy a dog for participation in exhibitions and tribal work, it is better to apply to the national club of your chosen breed. If you want to train in the first place, it’s better to have a training instructor for advice on choosing a price from certain manufacturers. Once you’re ahead of your parents and the litter from which you’ll take your puppy, get help from a puppy tester to help you test your puppy and make your final choice.

Start by observing the puppies at large playing with each other, as you can identify puppies that are timid, quiet and “clogged”. Further, if puppies are between six and eight weeks old, Campbell’s test can be used to determine the puppy’s future character with a high degree of probability. The test should be carried out by a person unknown to the puppy in a quiet, unfamiliar place for the dog, with no distractions at all. Puppies should not be encouraged, caressed, or talked during testing. Before the test, puppies should be marked with different colours (harmless paint that can be easily washed away, or coloured thick threads) and the next tablet should be prepared.

The following assessment options are possible in each column:

E is a very subordinate type;

Place your puppy on the floor in the place of your choice and move a few meters in the opposite direction to where you came from. Sit squat or kneel down a little further away from your puppy, clap your hands slightly to attract its attention. See how it behaves, whether it comes to you immediately or not, with raised tail or with its tale lowered; or whether it won’t move at all. That’s how you see your puppy’s communicability, trustiness or independence.

You can give your puppy the following grades:

A – Runs up right away, jumps at you and, while playing, bites your hands, the tail is up;

Q – Runs right up and starts scratching you with his paws, the tail is up;

C – runs willingly , but the tail is lowered;

D – runs up, but not at once; hesitates, is embarrassed and has a confused look;

Stand next to your puppy, then take a normal step to get away from him. See if he will follow you, if he has the ability and desire to follow the person (master) easily. If it doesn’t move, it is too independent or inattentive: it may not have noticed that you’ve gone away.

A – runs after you immediately, tries to grab your legs, the tail is raised up;

B – runs right after you, follows you, or gets confused under your feet, the tail is raised up;

C – runs after you at once, but a little timid, a little insecure and a little behind, the tail is lowered;

D – very timidly follows you, confused, the tail is lowered;

3. the answer to coercion

Place your puppy on the floor (with his stomach down), then gently turn it over on its back and hold him in this position for about 30 seconds with your hand on its chest. The puppy’s reaction (protection, protest or submission) will show you to what extent it tolerates physical or psychological superiority and coercion, and how subordinate the puppy is:

A – immediately and actively protests, fights with your hand, turns away and bites your hands;

B – immediately and actively protests and slips out of hand;

C – first protests, then calms down;

D – does not protest at all, licks your hands;

Place the puppy on the floor and caress it while stroking it from head to back. Puppy’s behavior will show its ability to accept or completely reject social superiority (in this case a person). If the puppy itself is inclined to dominate, it’ll jump on you, bite and growl; if it’s independent, it’ll just go away and if it’s a coward, it’ll press against the floor in a panic attack, right up to the point of screaming and hasty escape.

A – jumps up and down at once, jumps on you, beats you with his paws and licks your hands;

B – jumps up, paws you and licks your hands;

C – turns to you and licks your hands;

D – lies on his back and begins to lick your hands;

5. Dominance when holding a puppy

Lift your puppy slightly above the floor, keeping it on your palms with its stomach down. Hold him like this for about 30 seconds. Without any support, the puppy will be completely in the hands of the examiner. Based on its reaction, you’ll see if (and how much) it’ll accept your superiority. Whatever its behavior is, it must be praised, caressed and released to his mother.

A – Furiously protesting, vigorously pulls out of your hands, bites and growls;

B – actively protests, but does not bite;

C – starts to protest, then calms down and licks your hands;

Count all A, B, C, D, and E and you will get the results of the tests.

2 “A” and more. along with a few B. Such a dog will try its best to take the lead and make every effort to subordinate everyone to itself. It may be potentially aggressive and prone to biting if treated harshly. It is not advisable to give this dog to a family with small children or old people. To bring up such a dog needs an experienced training instructor and calm atmosphere among adults. It should be treated calmly without physical punishment. Can be used as a guard dog.

3 “B” and more. The trend towards calm and confident superiority, the desire to be a leader. Such a dog has great ability to train, to perform at competitions in working disciplines. With the right upbringing and sufficient attention, your dog will become a devoted and obedient friend to you.

3 “C” and more. This dog adapts well to any conditions and is very well brought up, and we recommend it to a family with children and old people. However, there may be difficulties if you want to train it for protection.

2 ”D” or more, especially when combined with one or more E. Too influenced and submissive to trust people, is in great need of constant compliments; parenting requires a lot of attention and tact, sincerity and love to win the dog’s affection. Usually quite calm with children, can bite only to protect themselves, if it is ill-treated.

2 “D” and more in combination with E in the “Social Superiority” section. Puppies with social difficulties need special training methods. If it also has A or B, it may attack out of fear, especially when it is being punished. If there’s a C or another D, the dog can become frightened if it’s under the slightest bit of stress. Treats children badly.

2 “E” or more. In front of you is a dog that is difficult to train and educate. It will never trust a person. This dog can bite out of fear or stress. It should never be allowed into a family with children. It needs a very experienced professional educator. The combination of A and E scores (bad and good). Repeat the test somewhere else. If you get the same results, then you have a very special type of dog with unpredictable behavior.